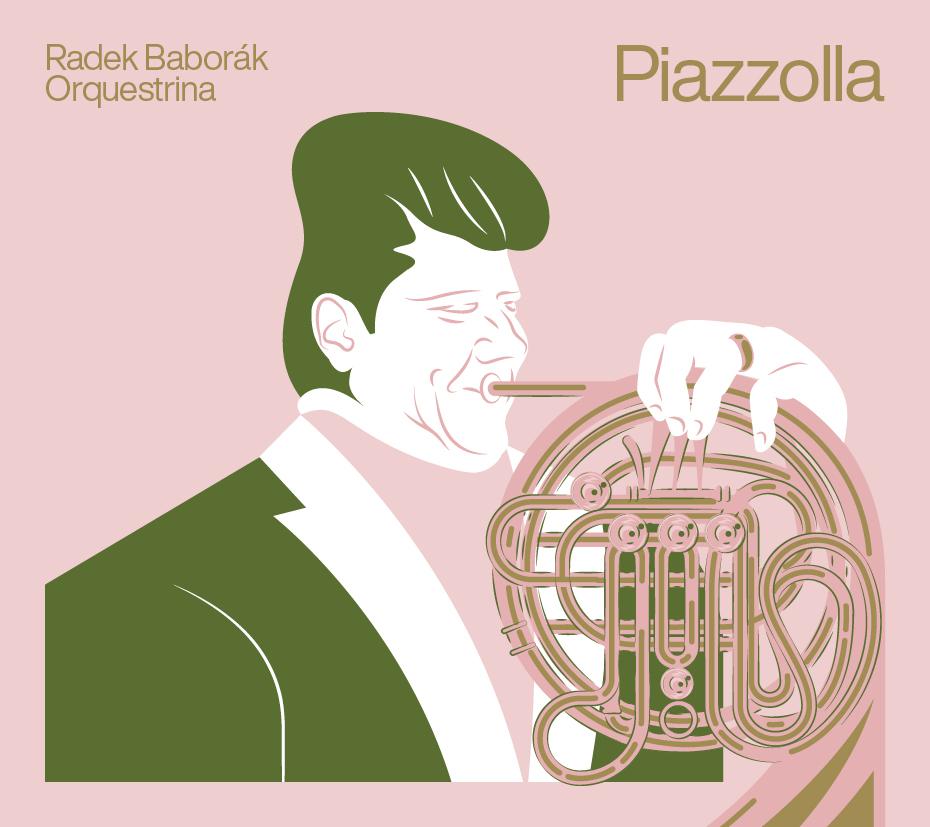 The world-known horn player RADEK BABORAK and his ORQUESTRINA release their new album dedicated to the music of Ástor Piazzolla (Baborák's second release with Animal Music). With this project, RADEK BABORÁK continues on his pioneering mission as an arranger and a performer of Piazzolla’s work in atypical line-ups. While Piazzolla’s music does not feature French horn, in this recording the role of the bandoneon – traditionally the carrier of the Argentine-tango sound – is taken over by the French horn, the bass clarinet, violin and piano. Baborák’s arrangements, prepared in collaboration with Tomáš Ille, were tailor-made for his eleven-member ensemble which unites foremost Czech and international players.
Available on CD, vinyl and digitally.
Album detail